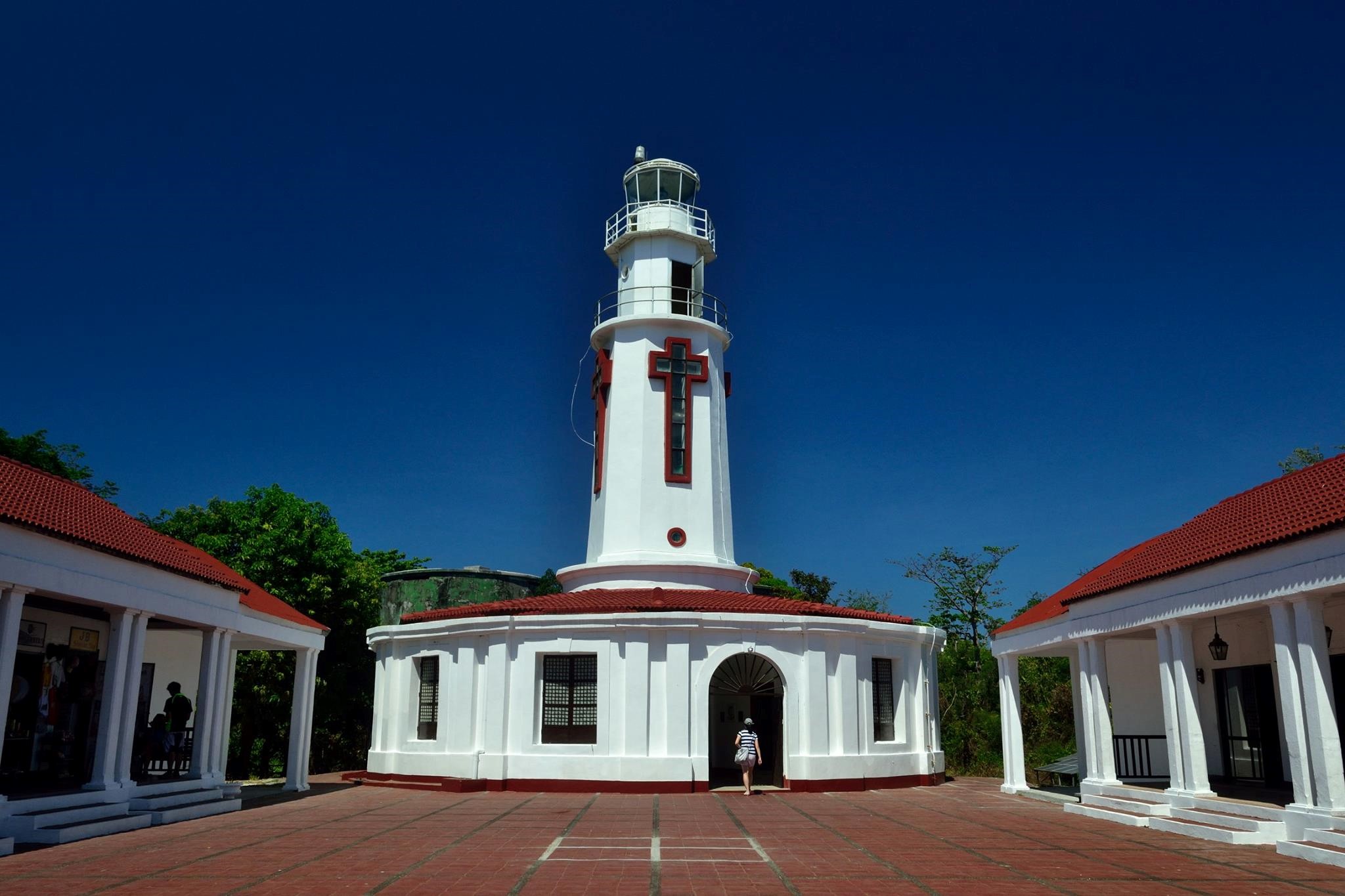 The Corregidor Island Lighthouse is a historic lighthouse located in Corregidor Island in Cavite City, Cavite, Philippines. The establishment of a lighthouse station on the island of Corregidor was recommended in the year 1835 during the administration of Governor Pascual Enrile y Alcedo. Its construction was not authorized until 1846 with the passing of Royal Order by the Spanish Government. The lighthouse was eventually completed in 1853.

On January 18, 1853, a Notice to Mariners was released to mark  the start of its service on February 1, 1853. During the American Colonial Period, repairs were done to rehabilitate the dwellings and tower. The main construction works in 1903 were renovating the old buildings, and the construction of new quarters for the light station.

Corregidor Island was heavily bombed during the fight for liberation from the Japanese at the end of WWII, leaving every building in the island in ruins. The lighthouse did not survive the bombardment. Around the 1950s, the lighthouse was rebuilt using some of the original stones from the ruins. The lantern was replaced in the 1990’s with a solar powered light as part of the Maritime Safety Improvement Project (MSIP) by the Philippine Coast Guard (PCG).

The Corregidor Lighthouse is one of the historical landmarks located in the topside sector in Corregidor Island in the province of Cavite in the Philippines. It was a Spanish structure built to guide ships through the dangerous entrance of Manila Bay. It is also referred to as the “Old Spanish Lighthouse of Corregidor”. It was built under the Royal Order of the Spanish government.  In 1846,  the Corregidor Lighthouse was finally completed seven (7) years later in 1853. This ma the lighthouse in Corregidor Island and the one in Caballo Island, the second oldest lighthouse established in the Philippines after the lighthouse at the entrance of the Pasig River.

The Corregidor Lighthouse was built on the highest point of the island giving it a good vantage point of the province of Bataan and the entrance of Manila Bay. The lighthouse is measured sixty (60) feet from its base to the top of the wind vane. All in all, the tower stands six hundred thirty-nine (639) feet above sea level. After years of its service, it was only during the time of the Americans in 1902 that the Corregidor Lighthouse was repaired and restored. It was repainted in gray in 1903 and was later painted white in 1920.

When the Japanese invaded the Philippines on 08 December 1941, the lighthouses on Corregidor, Caballo and Monja islands were shut down as part of the American defense plan. The Corregidor lighthouse was then used by the Navy to facilitate the entrance of submarines, carrying supplies and ammunition for the troops on the island. The lighthouse was damaged during an air raid by the Japanese but was still fully functional. It was totally destroyed by the Americans during the retaking of Corregidor Island.

The Corregidor Lighthouse was later on rebuilt in the 1950’s using some of the original stones from the ruins. However, the architectural design was already modified and restructured. Today, the base of the lighthouse houses a museum that is dedicated to the lighthouse itself while around the vicinity are souvenir shops for the island’s tourists and other visitors.

There is a feeling of delight in the breath-taking view of the Manila Bay, the South China Sea, Bataan and a bird’s eye-view of the Corregidor Island from atop of the lighthouse. The tower stands at 14.5 meter and/or 48 feet high. It consists of an octagonal whitewashed stone tower with a lantern and a double gallery that rises from the middle of the single-storey stone keeper’s house. There are windows which arranged in the shape of crosses on the four sides of the tower. The lighthouse emits three white flashes every 20 seconds. The light generated by solar panels are visible as far as 36 miles away in the South China Sea. It has a focal plane of 193 meter and/or 633 feet.

Adjacent to the lighthouse complex is the Vessel Traffic Management System (VTMS) Radar Station Tower located outside the quadrangle which was constructed by Philippine Ports Authority (PPA) and made operational in 2005 to monitor sea crafts in Manila Bay and guide them sailing similar with an airport control tower for aircrafts.

As it was damaged during the World War II in 1945, it was then repaired by Corregidor Foundation Inc., (CFI) in 1989. The present-day complex includes Vessel Traffic System (VTS) tower, Spanish photo exhibit and souvenir shops bounding the quadrangle where it is located. In 1994, the Maritime Industry Authority (MARINA) improved the lighthouse tower by increasing its height and installing more luminous revolving lights. Other facilities in the complex were constructed and maintained by CFI, the mandated administrator of Corregidor Island since 1987.

The Corregidor Lighthouse is open in public when visiting in the Corregidor Island. It is one of the tourist spots in the island.