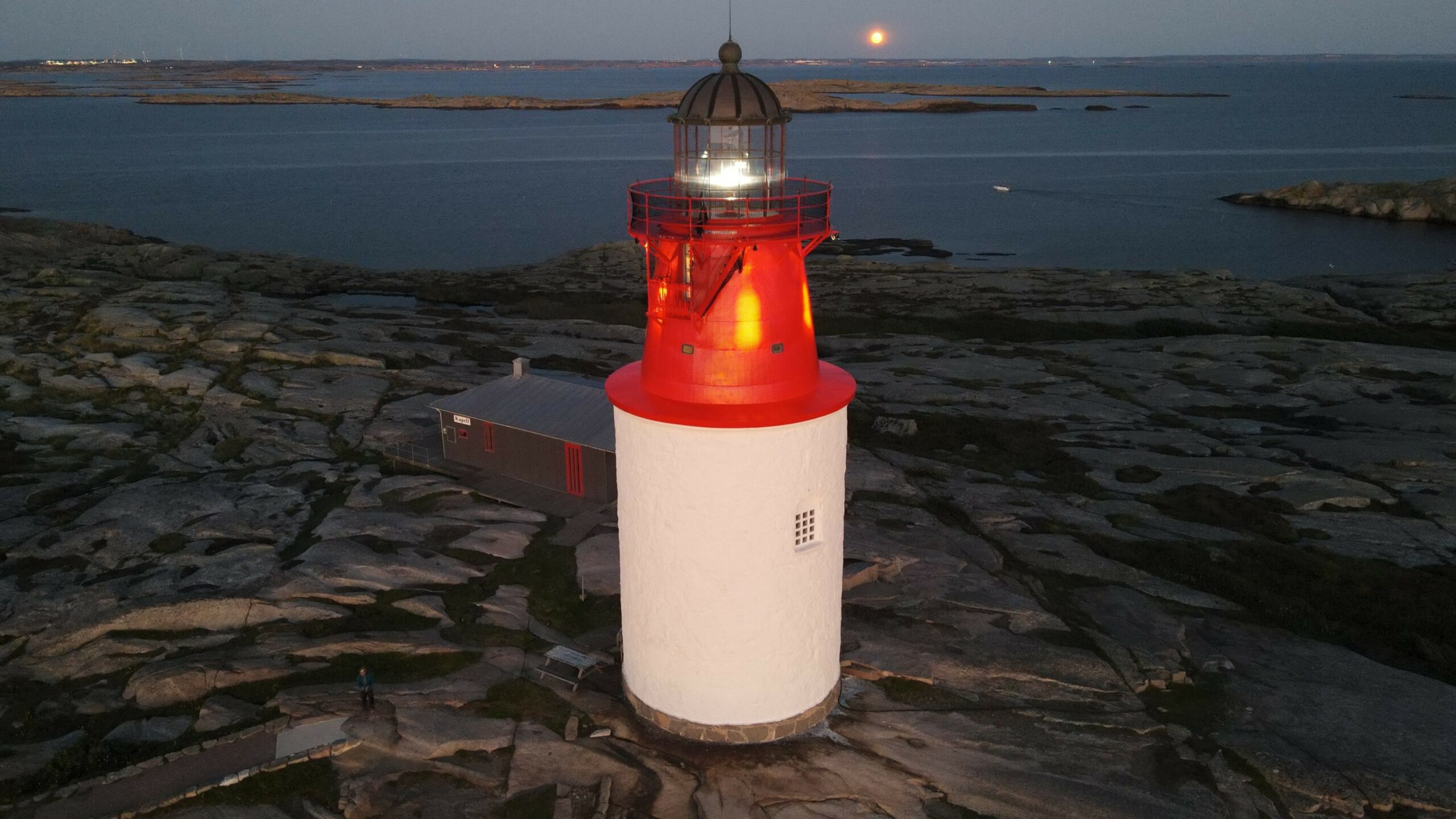 Some facts about the lighthouse:

The tower of Halla lighthouse is founded on rock with a diameter at the bottom of 7 m and has a height of 20m. The lower part of the tower is bricked with granite boulders from the site and has been painted white.
The upper part of the tower is conic and made of sheet metal which is painted red. Twelve-sided iron lantern with flat glass and copper roof which was originally delivered from Stockholm.
At the bottom of the ceiling there are handcrafted cast details in copper in the form of lion heads so-called gargoyles.

The lighthouse has the same appearance today as when it was built in 1842 and it has been heritage listed since 1935. It is not only the lighthouse that is heritage listed. but also the nearby three houses that served as housing for lighthouse keepers, a tool and wood shed and a small combined washhouse and bakehouse. The families who lived on the island also had a barn, had cows and sheeps and their own planting land. In the 19th century, there was also a school for the children of the lighthouse keepers and the pilots. At the most 10 children were taught at the same
time.

As the lighthouse has been heritage listed, very few renovations have been carried out. In the summer of 2010, the lighthouse received a much-needed complete renovation. At this time, the facade, lantern and copper roof were renovated.

The efforts that have been made to facilitate public access to the lighthouse and/or to educate the public about the heritage of the nominated lighthouse as well as the wider context of aids to navigation.

The Halla Lighthouse Association runs the business on site on behalf of the Swedish Maritime Administration. The association works for the lighthouse’s preservation and future accessibility. When Halla lighthouse is open to the public, there are guides on site who tell about the lighthouse, its history and surroundings.

The lighthouse, with exhibitions and a lot of information about Halla, its history, geology, flora and fauna, can be accessed by booking a tour via its website. Access is by ferry from Smagen wharf or the Halla express from the city of Kungshamn.