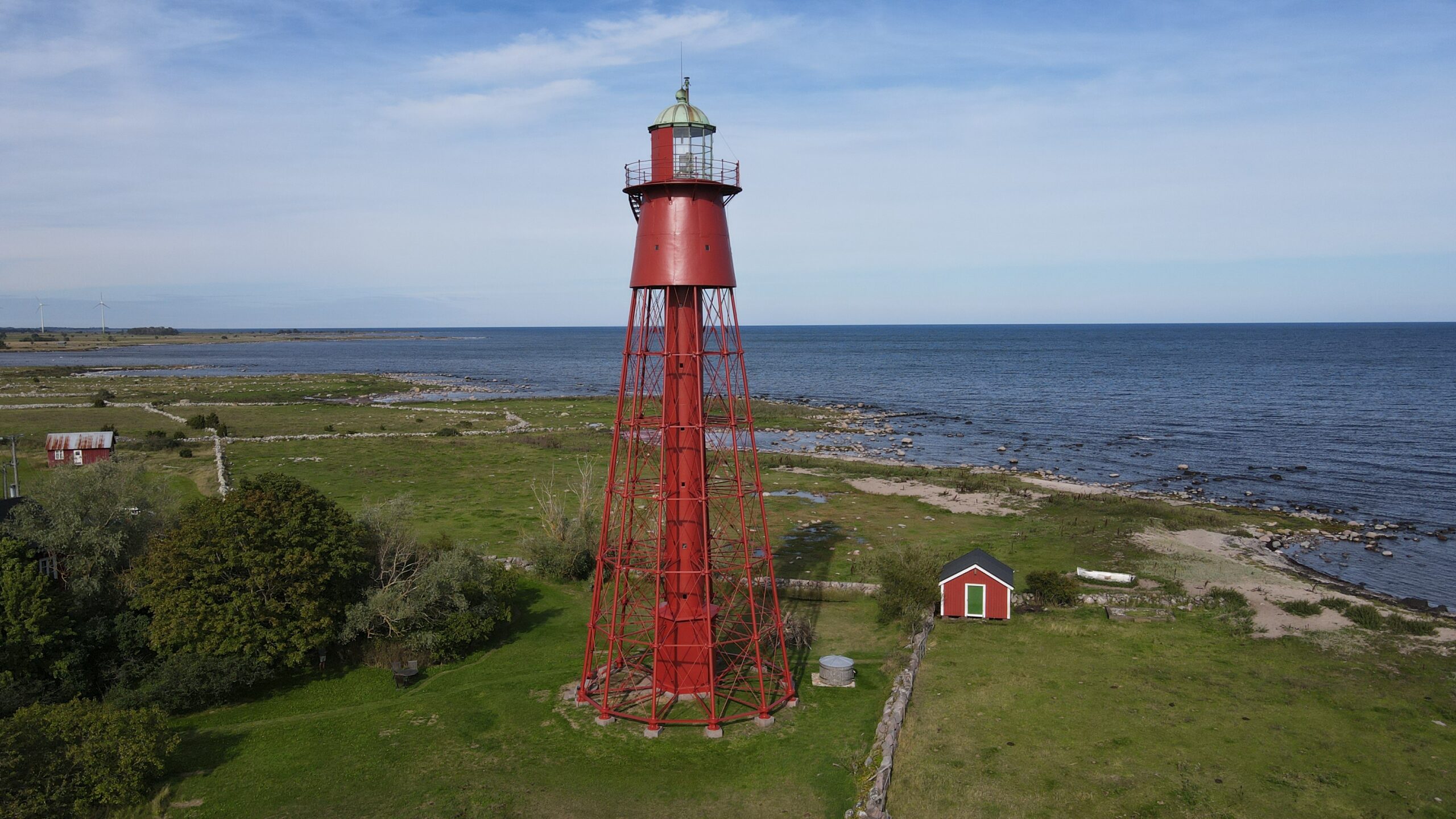 The lighthouse of Kapelludden was built 1871-1872 and is a 32 m high tower designed with a truss construction of a type named “Heidenstam”. Kapelludden is situated on the east cost of the island Öland in the Baltic Sea. It was built for seafarers sailing between the islands of Gotland and Öland.

Some facts about the lighthouse:

1967: From this year the lighthouse was automated and unmanned. The lens was replaced with a 3rd order lens (1000 mm in diameter) – dioptric drum lens

A “Heidenstam” lighthouse is a Swedish lighthouse construction where you build an iron tower that is braced by pipes. The Heidenstam lighthouse got its name from the chief lighthouse engineer Gustav von Heidenstam and is a well-known sight around the coasts of Sweden.

The pipes are then skewed by steel beams and wires. Inside the iron tower there is a spiral staircase so that you can easily get up to the lantern and also the plumb line to the four-automatic. Before the lighthouses were electrified, the lenses for the lighthouse were driven by a clockwork with plumb, which was pulled up once or several times a day. The idea with the construction was to get a quickly built lighthouse with light construction details to be able to land the parts on hard-to-reach islands and skerries. In addition, the lighthouse is easy to take down to be able to be relocated if needed.

The lighthouses had British and American predecessors, but were designed independently of these. Kapelludden lighthouse on Öland was built in 1872. Construction manager was A.T. Gellerstedt, whose personal contribution to architecture became the hexagonal entrance with the portal at the base of the stair cylinder.

As the lighthouse has been heritage listed since 1978, very few renovations have been carried out.

In the summer of 2021 the lighthouse received a much-needed complete renovation:

Kapelludden Lighthouse, situated about 17 km east of the city of Borgholm, is a popular place to visit on Öland and it is easy get there by car. You can find information on the lighthouse on the internet and at the tourist centre.

The chapel ruin of St. Brita’s Chapel / St. Birgitta’s Chapel, also called Långöre Chapel. Built during the first half of the 13th century, but abandoned during the middle of the 16th century, to then unfortunately decay. Today, only the north gable remains, and parts of the side walls, when the south gable collapsed in a storm in 1914. Nearby is also a cross about three meters high, which unfortunately was broken by clutter during the storm “Per” 2007, but which was restored the same year.