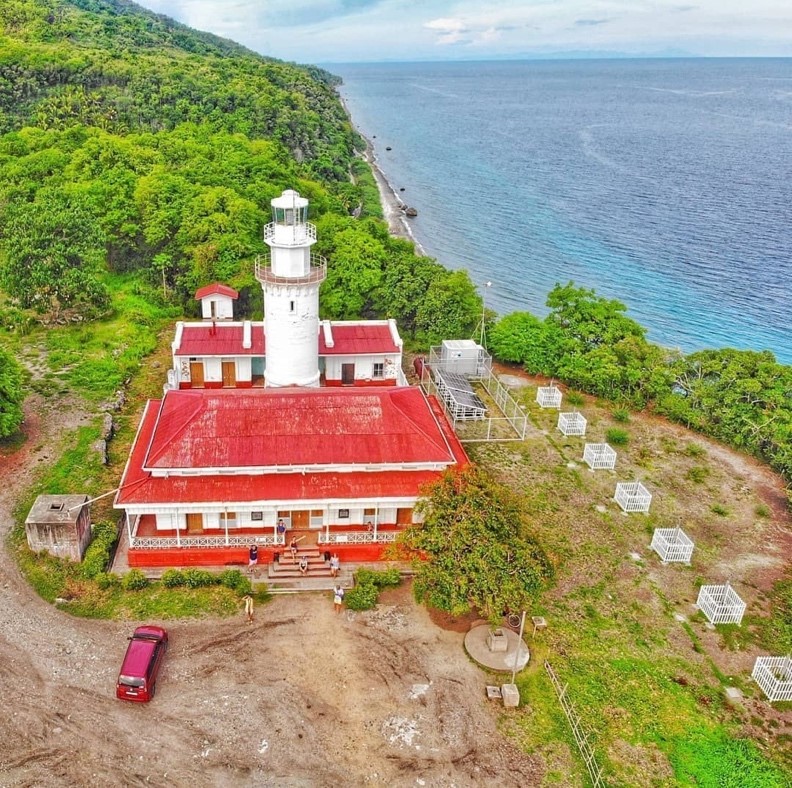 The Malabrigo Point Lighthouse was among the lighthouses constructed by the Spanish colonial authorities in the Philippines from 1846 to 1896 as part of the Plan General de Alumbrado de Maritimo de las Costas del Archipelago de Filipino (Masterplan for the Lighting of the Maritime Coasts of the Philippine Archipelago), the goal of which was to install 55 lighthouses all over the archipelago, including its remotest corners.

At the time, Malabrigo Point was considered a dangerous area among seafarers because of its rocky coastline and strong currents especially during the monsoon season, hence, its name which comes from the Spanish words mal abrigo means “bad shelter.” In 1891, Spanish engineer Guillermo Brockman, who also designed the lighthouses at Capul Island and San Bernardino Island, created a design for a lighthouse in Punta Malabrigo which consisted of a Victorian architecture-inspired cylindrical brick tower with a metal staircase and double balcony, lighthouse keeper’s quarters, and a machine room.

The company of the Chinese contractor Jose Garcia constructed the lighthouse out of brick and lime cement and was able to complete it in 1896, with the lighthouse being lit for the first time on October 1, 1896.

ld War II, the top of the lighthouse was damaged by machine gun fire from advancing American forces who thought it was being used as a Japanese garrison. After the war, the Philippine Coast Guard (PCG) and the Department of Public Works and Highways repaired the lighthouse. In 1980, the lighthouse was automated following the replacement of its damaged lens with a light bulb donated by the Japan International Cooperation Agency (JICA). The bulb has since been replaced with a modern, solar-powered halogen light purchased through a loan grant by JICA and installed by the PCG in 1994.

In 2004, Olympic swimmer Akiko Thomson formed the non-profit group named Friends of Malabrigo, which signed an agreement with the Philippine Coast Guard. The said agreement allows the group to develop and preserve the lighthouse into a sports and ecotourism site where youth swimming and sailing competitions as well as ecological and tourism-related activities will be held. However, these plans did not materialize.

Although the  Malabrigo  Point Lighthouse is  built during the Spanish-era, it is still fully operational  to date has definitely stood the test of time  given that the area is most affected during the monsoon season in the Philippines. Apart from being one of the famous stops of visitors and guests in Lobo, Batangas, the structure is a living proof that the Philippine culture has been greatly influenced by the Spanish occupation in the Philippines. Despite this, the Filipinos were able to recognize the importance of the service of the lighthouse in providing light to the coast of Lobo, Batangas, Philippines and to the  ships passing the dangerous and rocky seas of the area.

The municipality of Lobo, Batangas, Philippines, where the lighthouse is located had signed an agreement with the Philippine Coast Guard (PCG)  to adopt the lighthouse in 2014 and began renovating and repainting the structure. It has since become one of the best-preserved lighthouse in the country. In 2016, the PCG had named its second Parola-class patrol vessel BRP Malabrigo after the lighthouse.

The design of the Malabrigo Point Lighthouse is sprawling over a larger footprint due to its ideal location. The lighthouse is both scenic and picturesque. The lighthouse is easily accessible via the main road in Malabrigo, Batangas, which is unpaved and rocky. A vehicle, on the other hand, can easily pass by. Visitors can also drive six kilometers down the road and stop along the coast of Lobo, several towns away from Malabrigo, to enjoy the vast expanse of seascapes and high waves. These areas are ideal for photography expeditions due to the abundance of seascape subjects.

The Malabrigo Point Lighthouse has been the site of filming for a number of Filipino movies and televisions shows, including the 1975 film Ibong Lukaret starring Vilma Santos and the 2018 ABS-CBN afternoon soap opera Precious Hearts Romances Presents: Araw Gabi starring JM De Guzman and Barbie Imperial. In 2006, a film crew that conducted an unauthorized shoot caused minor damage to the lighthouse, leading the NHCP to declare it a National Historical Landmark to protect the site. The PCG and the local government now prohibits filming within the site without a permit from the Mayor’s Office.